Live-action DC films have struggled for a while to get the material right. Yes, there have been good movies. But were they a good representation of their source material? Not really. It’s true that they had pieces of them but there was always something missing. The Batman” is the first live-action DC movie where the director (Matt Reeves) and the writers (Reeves and Peter Craig) all understood who and what the Dark Knight is from start to finish. This is shown through the plot, the characters, the acting, and the cinematography that really show how this is the quintessential Batman film with only minor issues.

It takes inspiration from detective thrillers like David Fincher’s “Se7en” and “Zodiac” and also from John Carpenter’s “Halloween” and Stephen King’s “Christine.” Reeves did an amazing job showing Batman’s connection to the thriller genre but also to the horror genre due to Batman always having villains illustrated with nightmarish qualities. The central plot of the movie surrounds two points. The first is the immense corruption of Gotham at its heart which comes from the Wayne family history. This leads to the second plot point which is how The Riddler (Paul Dano) is a serial killer whose victims are major police and political figures among Gotham.

The movie is set in year 2 of “The Gotham Project,” with a young Batman and no sidekicks. He is fighting crime and trying to keep Gotham from the brink of tearing itself apart. Robert Pattinson did an amazing job at understanding the character and the mannerisms that accompany Batman. He walks similar to the 1970s monster Michael Myers stalking his prey, which starts with the first sighting of Batman. Psychologically, he also is doing it to prevent himself from tearing himself apart. He is a vigilante and is doing whatever he can to make sure nobody experiences what he did. 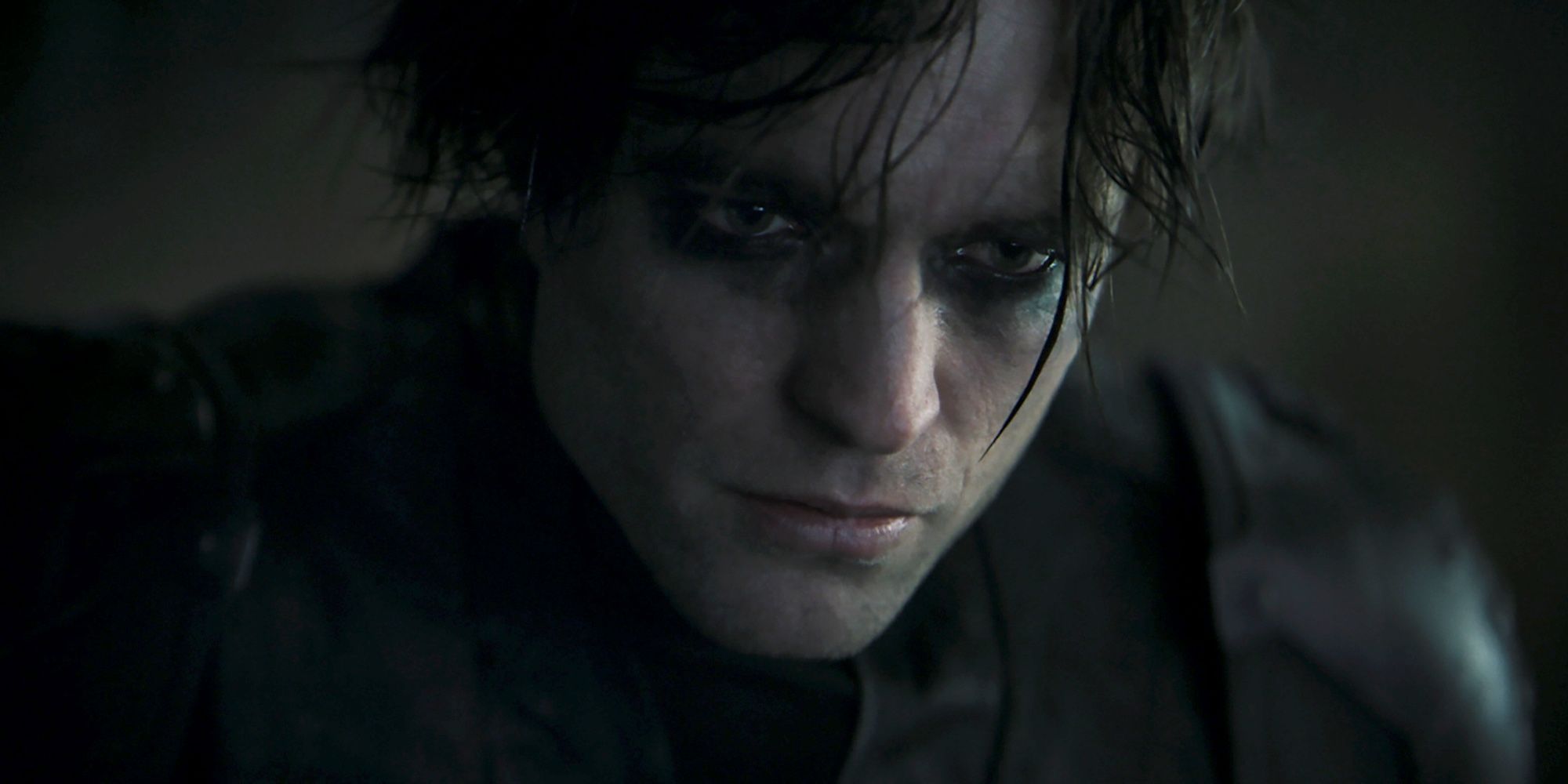 The two biggest qualities of Batman are the duality of Bruce/Batman and the detective, both of which this film shows. In other iterations of the character, Bruce is usually portrayed as this billionaire playboy but in this film, it’s different. The film shows how Bruce’s choice to become Batman is a truly bad case of PTSD. If you have PTSD, one coping mechanism is doing things that cause more harm than good a.k.a. negative coping. Those that suffer from this exhibit substance abuse, avoidance of others and reminders, being on guard, anger and violent behavior, risk behavior, and overworking behavior (U.S. Department of Veterans Affairs, n.d.).

This is exactly what Batman goes through in the film. Bruce essentially is addicted to being Batman because he is coping with the trauma of losing his parents at a very young age. This fully exemplifies that Bruce Wayne died in that alley with his parents and Batman was born. This is why Reeves chose to limit the time Bruce Wayne is shown. Additionally, everyone else was fantastic in their roles and their performances only added to the greatness of the film.

4DX wise, there were some cool rain effects, wind effects, gunshot effects that really show how 4DX works. This film was another great example of 4DX but also keeping the film itself. The most fun aspect of the Batmobile scene was that it was very much inspired by Stephen King’s story of “Christine” adapted by John Carpenter into a film. This chase sequence felt more immersive in 4DX than any other format including Dolby Cinema which is good as well. Additionally, there were some cool elements such as when the Riddler wraps his victim’s face in duct tape, there’s a pan up that the seats do with the film along with every bone-cracking punch and takedown. 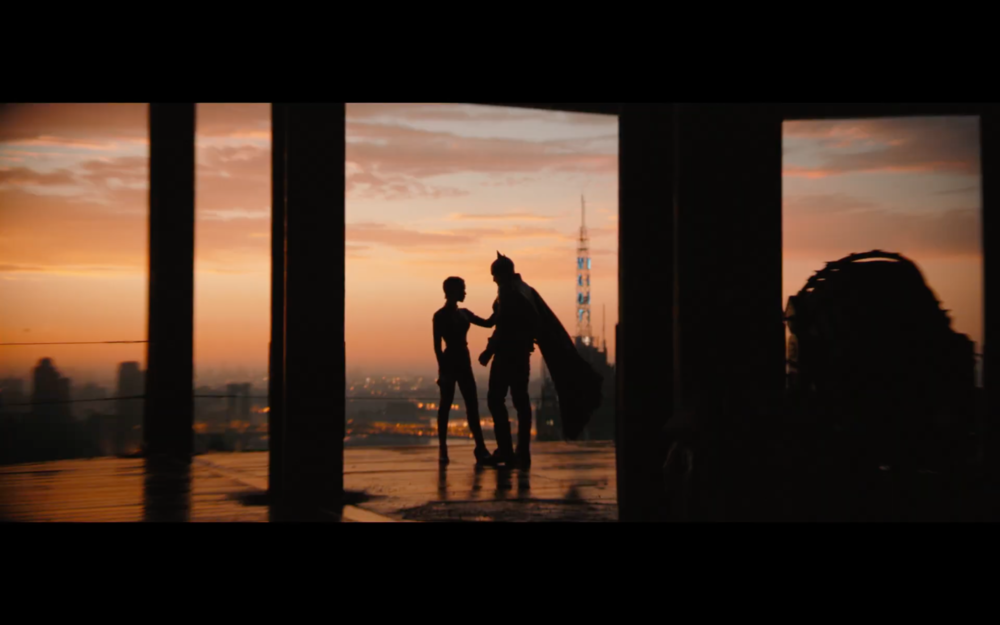 Cinematographer Greig Fraser did a great job creating a concise visual film with fairly simple shots. It allows the viewer to focus on the story rather than the spectacle. Additionally, Reeves and production designer James Chinlund use footage of Glasgow, Liverpool, and Chicago to show this rainy city that even films similar to the futuristic dystopia of 1982’s “Blade Runner.” The dark and gritty feel of Gotham combined with the music that doesn’t overpower these scenes is great. The city is dirty and corrupt, and the film captures that perfectly.

Michael Giacchino’s score is also amazing and the soundtrack features Nirvana’s Something in the Way as Batman’s sort of theme song but even that is tied in with the character. In one scene, the audience sees Bruce listening to the song and then turns down to show not only a random song that plays over a sequence or in the trailer. This is Batman at his darkest both symbolically and musically, and Giacchino knows how to make a new score while giving subtle homages to the older scores. There are hints of Shirley Walker’s score in ‘Batman: The Animated Series,’ along with Hans Zimmer’s vibe from his scores for Christopher Nolan’s Batman trilogy. By listening to the score, one can hear that there is a dividing line between Bruce Wayne and Batman.

However, no movie is perfect. “The Batman” does have one small issue. There’s no explanation really for how he gets the weapons. One could argue that it’s from money and that’s why the accountants need to meet with him in that one scene. However, it’s not really explained. Nolan did that much better. It’s a nitpick though. Additionally, one could say that Batman’s voice isn’t that different from Bruce Wayne which again is a nitpick because there is a discernable difference in one scene. However, if you can’t then that can hurt the overall story a little. 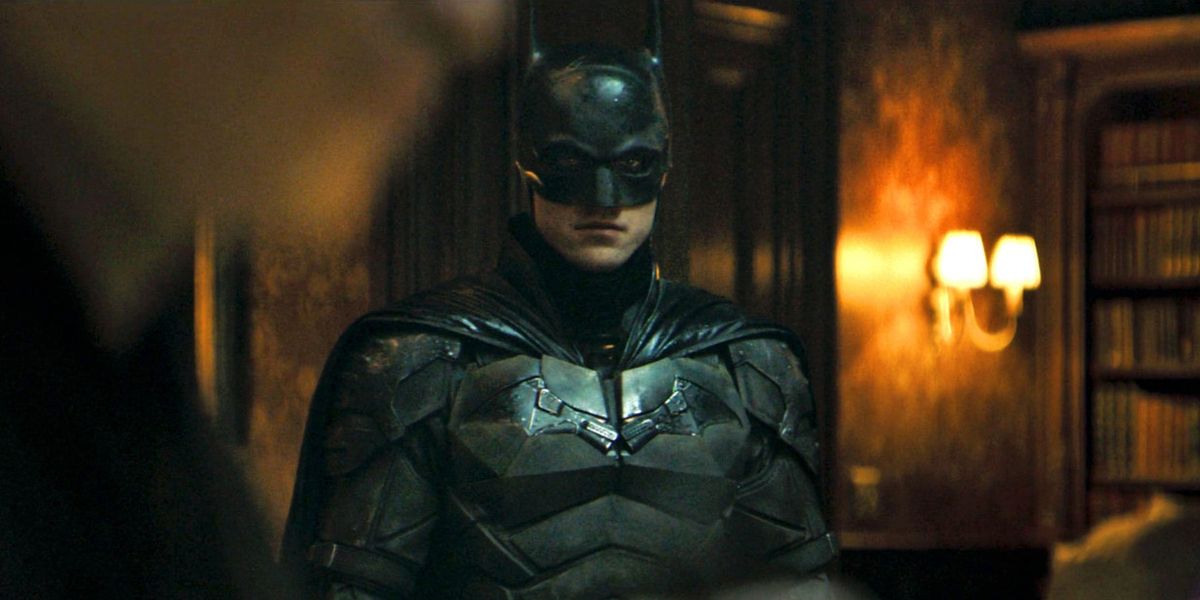 In a spoiler-free nutshell, this is the best live-action Batman film to date, but it is not as well made overall as “The Dark Knight.” Rating-wise, though, they are equal to each other, and preference to one or the other really depends on what you are looking for in a film. “The Dark Knight,” to this day, is perhaps the best-made film when it comes to dealing with the Batman character. As an overall film, it is 9/10 but as a Batman film, it struggles. It’s true that it has Batman as the main character but there is a difference between a film that has Batman in it and an accurate Batman film. “The Batman” is the latter and as one who enjoys character stories on top of well-made films more than only the latter, it is above “The Dark Knight” and “Batman Begins.” If you want the full analysis of the film, full of spoilers, check out the video below.

Eagles Under Most Pressure to Succeed in 2022

@birdscountry discusses the four Eagles players who will be under the most scrutiny in 2022.

Suit Up! Tying The Mandalorian Chapter 4 with Return of the...