“Fantastic Beasts: The Secrets of Dumbledore” is a fantasy film directed by David Yates from a screenplay by J. K. Rowling and Steve Kloves. It is the direct sequel to “Fantastic Beasts: The Crimes of Grindelwald” and the third installment in the “Fantastic Beasts” film series. It stars Eddie Redmayne, Jude Law, Ezra Miller, Dan Fogler, Alison Sudol, Callum Turner, Jessica Williams, Katherine Waterston, and Mads Mikkelsen. The film is set several years after the events of its predecessor. It sees Albus Dumbledore tasking Newt Scamander and his allies with a mission that takes them into the heart of dark wizard Gellert Grindelwald‘s army.

While it is a vast improvement on the last, the story is fairly chaotic and is overstuffed with information. The film starts off essentially recapping the prior film and then it goes everywhere before finally settling down by the third act, which ends with a decent conclusion. The set design and world-building are absolutely stunning. This film puts the Wizarding World on a more global scale than any of the other prior films, including the “Harry Potter” films which were really cool to see.

The acting by Redmayne and Law playing Newt and Dumbledore is still fantastic, especially Law. The film also brings in new character depth to Albus’ brother, Aberforth (Richard Coyle), and Newt’s assistant, Bunty (Victoria Yeates). Additionally, Williams as Professor Hicks was a welcomed new character. She was lovely to watch. However, the rest of the characters are almost afterthoughts and feel wasted. The film seemingly only had them in it to wrap up their stories so that the writers don’t feel obligated to continue them in the next film if it happens. This film also has a lot of fan service such as incorporating similar locations such as Hogwarts.

And this is where the film struggles the most, the writing. Outside of her personal life decisions, Rowling, in theory, should have been the perfect person to put together the script for these films. However, as it turns out, she is perhaps the weakest portion out of all of them. The problem is that these films do not have a relatable character to follow throughout the story.

There has to be a character that goes through trials and tribulations and comes out either on top or not. Newt Scamander is not that. He’s funny and awkward and Redmayne plays him very well, but nothing really has happened to him in any of these films. In the first film, his monsters get misplaced, and then he tries to get them back. In the second one, he basically becomes a pawn for Dumbledore and this film continues that. This and the last film sideline him for the story of Dumbledore and Grindelwald. 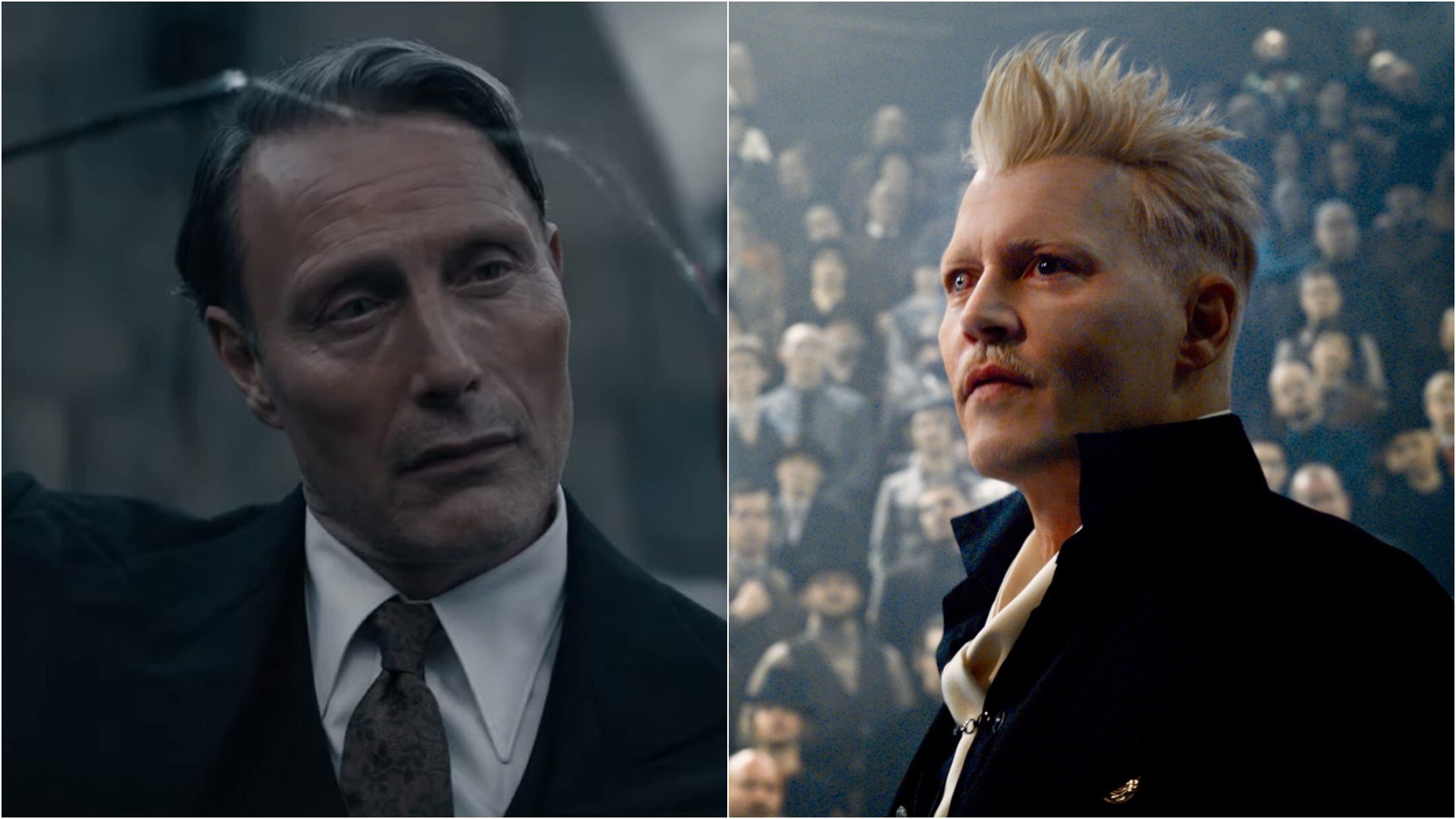 Although Mikkelsen does play the villain very well, the character is seemingly very different from Johnny Depp‘s version. Depp’s version was a menacing, almost-Aryan totalitarian wizard that would even be having a muggle/no-maj child murdered for no reason. This version comes off as more elegant though horrible and it’s not consistent with the prior film. While Depp leaving after two films was not a predictable circumstance, why did the character’s behavior change so much? The last film basically depicted Grindelwald as the ultimate evil person but this one has a tender side as he proudly proclaimed his love for Dumbledore. While this may be true to the character, it was such a drastic change from the prior outings of the character.

At the end of the day, the film doesn’t add any drastically new stories to the franchise other than pushing the current narratives along. There are some decent underlying themes such as the importance of brotherhood through the comparisons of Newt and Theseus vs Albus and Aberforth. It does try to fill in a lot of holes that the prior film brought in. However, it brings up more as well. The film does end decently but is still slightly awkward because it is trying to set up another film, which may not happen. Despite the films being written by Rowling herself, there are a number of continuity errors. While the film isn’t all bad, the good aspects are small islands in an ocean of annoyance. It’s an improvement on the last film but that does not say a lot. It struggles with its details, its story, and some of its direction. However, it does do well with some of its direction, themes, and ending.

The Formal Review S04E09 “Batman: The Long Halloween, Part One”

A Pod Has No Name: Reacting to the last GoT Episode...

I’M MAD AS HELL! Behind the Network Meme