John Krasinski’s 2018 horror film was given a 4K release on 10-Jul-18. For those who have not seen the film, it revolves around a father (Krasinski) and a mother (Emily Blunt) who struggle to survive and raise their children (Millicent Simmonds and Noah Jupe) in a post-apocalyptic world inhabited by blind monsters with an acute sense of hearing. When it was originally released, on April 6, 2018, it grossed over $340 million worldwide and received critical acclaim.

It was chosen by both the National Board of Review and the American Film Institute as one of the top ten films of 2018. It also received several award nominations, including…

As of this review, this film can only be rented or purchased digitally.

The issue with digital copies is that when one watches movies at home via streaming, both video and audio quality can be lost depending on the internet service or even the streaming service, itself. This is due to compression as the picture and sound information have to be processed in a way to send it over the internet. On top of that, the content has to be there. To get authentic 4K content on Netflix, one must pay for their premium subscription and then your internet needs to be able to handle it.

Both Netflix and Disney+ say that at least 25 megabits per second are needed to stream Ultra HD content and Amazon needs at least 15 Mbps to watch videos in UHD.  The amount that a provider flouts is if the streaming hooked up directly to the router and is the only device on it. Additionally, any wifi is about 70% as fast, at maximum, and there are more confounding factors such as the type of router. While streaming does provide a convenience factor, viewing content on a 4KUHD is the best way to view and hear a movie.

The film is 95 minutes was filmed on 35mm but was only mastered to a 2K digital intermediate. It has a 2.39:1 aspect ratio so it will have black letter bars. In comparison to the Blu-ray, the upscale with Dolby-Vision is only slightly better but it is still the best it has looked. The UHD makes the details of the movie more fine and sharp. The colors are more intense and the background fall foliage stands out a lot.

It brings out the family’s hot country surroundings. The red lights when Evelyn is about to give birth give the final act of the film more a more dramatic feel and the blood that is shown is also darker and more realistic looking. To be honest, these improvements are not eye-opening in comparison to the Blu-ray even though the entire movie was shot on film. The 4K does look a tad bit better but it’s not too drastic.

While the movie, itself, is not about loud sounds, the Dolby Atmos soundtrack is perhaps the best thing about the physical release. Compared to most Atmos audio tracks, this one uses the lack of sound and noises to create its viewing experience. The audience isn’t meant to have loud sounds at every moment and it is able to create this feeling of dread. Ambient sounds such as the rustling of leaves or birds chirping do provide the surround dome experience one would want from an Atmos track.

However, when the aliens attack, the sound is reference quality as they are perfectly used by the surround system. Their footsteps move through them to supplement the ambient dome experience. The score by Marco Beltrami sores throughout these moments and will really push any subwoofers to their limits. This is what makes this movie worth it though the Atmos track is on the standard Blu-ray.

Reading the Quiet (HD, 15 min): Standard featurette made of BTS footage and cast & crew interviews discussing the plot, its themes, the performances, and other aspects of the production.

The Sound of Darkness (HD, 12 min): A piece on creating and editing the sound design concentrating on the film’s creative effects, lack of dialogue, and the score.

A Reason for Silence (HD, 8 min): Featurette on the alien creatures.

This movie is a fantastic viewing experience and should be watched by almost everyone. While the 4K UHD release of the movie is the best it has looked, it isn’t that much of an improvement over the Blu-ray, and the same reference Atmos track is on that disk as well. If one hasn’t bought it before, the 4K UHD is worth it for the best-looking product but if one only needs to upgrade, wait for a sale to take it on. 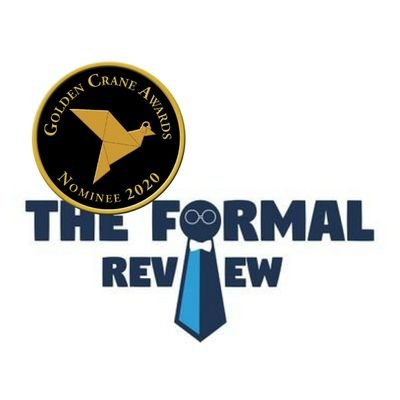 My name is Dre, aka The Formal Review, and I am a huge home entertainment and physical media enthusiast. I have been a cinephile since childhood and have studied science, film, art, and mathematics. You can follow me on social media (@theformalreview) for my movie analyses.

LATEST EPISODES OF THE FORMAL REVIEW

How I review 4K UHD:I will write about the movies that I own that either I buy or already own. If a reader wants me to review a specific movie, I will. No matter if it’s good or bad, I will be honest and if it is worth the upgrade over the prior releases and/or streaming. The rating scale for each section is on a simple 1-5 and 5 is kept for the reference quality movies. The overall score is then the average number of the three which is either rounded up or rounded down. The score is then put on this word scale.5: Reference Quality/The Best/Must Own4: Not reference but worth buying/upgrading at full price3: Worth Buying/Upgrading but wait for a sale2: Fans Only1: Skip it unless you absolutely need it.Equipment Used for Review:

Suit Up! Tying The Mandalorian Chapter 4 with Return of the...