In a sad turn of events, FC Salzburg goalkeeper Alexander Walke, will not be able to play in the upcoming season due to a vehicle accident which led to his right tarsal bone fracturing. According to reports, his leg will be mobilized for six weeks, and then he will undergo rehabilitation. With that knowledge, it makes sense that Coronel is now needed back in Austria, and the Union were happy to oblige. Turns out Ernst Tanner, Union Sporting Director and crew were already in talks to acquire goalkeeper Joe Bendik. Turner shares that, “Bendik has over seven years of experience in the league, and the Union look forward to integrating him quickly as we continue our push toward the Major League Soccer (MLS) Cup Playoffs.” 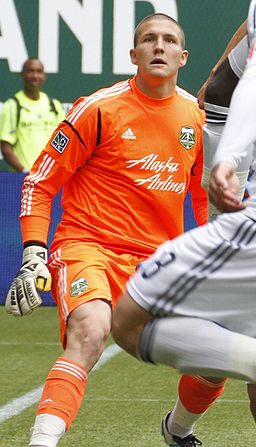 Bendik is leaving Columbus, Ohio, where he has played for the Columbus Crew Soccer Club for the last year, but prior to that, he has been club hopping since 2007 when he played for the Atlanta Silverbacks. Union acquired Bendik in exchange for a natural 2020 MLS SuperDraft second round selection on July 19, 2019.

Bendik has appeared in 176 regular-season matches over his MLS career. This year, with Crew SC, he has started six matches, including each of the team’s last four outings. He achieved a career-best seven clean sheets with Orlando in 2017, also making a single-season personal high of 118 saves that year.

Embiid goes for 47 and 18 against Jokic, Nuggets in first game after All-Star starter snub: Likes and dislikes

No room for mercy in Women’s World Cup