Archie and crew head back to school at Riverdale High, except for Jughead, who leaves to attend Stonewall Prep. 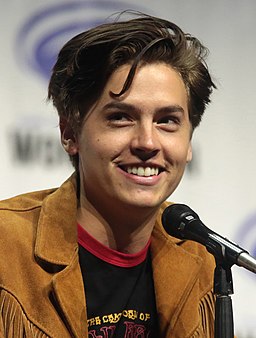 Why, Jughead, why!? I don’t get this move and I don’t like it. But for some reason, Betty thinks this is best for Jughead and has convinced him it will improve his writing. During a sparring match, Archie encourages Mad Dog to start up at Riverdale High and join the football team- just what this show needs, more bare chests in the locker room and extra testosterone.

Cheryl’s still off her rocker

A non-living body is seen again at the Blossom residence. Last week, we saw Cheryl with a creepy body that appeared to be her dead brother. Well friends, if this dude is not her dead brother then we’re seeing into the inner workings of Cheryl’s troubled mind. Should this turn into a cry for help, I certainly hope the writers at Riverdale do mental health justice (although I call it brain health). There is another snippet with possibly a different dead body at her house, but the scene was too short to really understand what was going. The fact that we see a body again in this episode- well, now it’s unnerving! Who is she hiding? She also decides to go up against Riverdale High’s new principal, Mr. Honey. Viewers were probably not surprised to see a bee’s nest, dripping with honey, sitting on his desk at the end of the episode as his office swarmed with bees. Word to the wise, do not ban any high school dances under Cheryl’s watch.

Veronica is not taking sides

Veronica Lodge or Veronica Gomez? Let’s just call her Veronica, and let her sing her heart out. The girl has a set of lungs, and she belts out “All That Jazz” like a star in Riverdale’s second episode of the season. At the end of the episode, Veronica gives an interview to news outlets, letting them know that if she committed any crimes against the town, she did so under duress. Hmm, I’m not sure I believe her. I’ve seen Veronica in action. Yes, she can be quite caring, but she is also quite conniving. You’re not fooling anyone, Veronica.

Betty, her brother, and Kevin are working to figure out how to get Betty’s Mom home from the “farm cult.” This is Kevin trying to make up with Betty after being brainwashed by the very same cult last season. Are we sure he can be trusted? It seems to be the case so far, but I wouldn’t make any bets just yet.

Kevin finds that the remaining cult members are now holed up in an old sketchy motel, stockpiling weapons with their leader Edgar, played by Chad Michael Montgomery. Gew! Him playing a creepy cult leader gives me the heebie-jeebies.

Then, I don’t know about you guys, but I think there was another flash forward at the end of the show. Jughead’s dad is shown leading a search party through the woods in the rain. Everyone is calling for Jughead. Oh no! I hope Jughead is ok, he’s my favorite 😉

I hope you enjoyed the cliff notes version of Riverdale’s second episode of season four.