Raise your hand if you can guess that I am a huge fan of the Ghostbusters! Everyone who is not raising your hand right now should really go back and read this post – I Think We’re Alone Now.

The Ghostbusters just celebrated their 35th anniversary, and no, that did not make me feel old. It made me feel giddy and rejuvenated! Especially since I see they are planning a Ghostbusters 3 to hit theaters in about a year.

I’m slightly irritated that the movie will completely ignore the 2016 female-drive flick because I, for one, loved that movie. I really think that a lot of people just didn’t give it a fair chance. To me, it was absolutely hilarious, and I’ve watched it multiple times. My kids even love it, and my daughter (who was 4-years-old in 2016) ended up with a proton pack for Christmas after she watched that movie. My girl is a fierce Ghostbuster, and it’s not because of the original movies from the 80s. 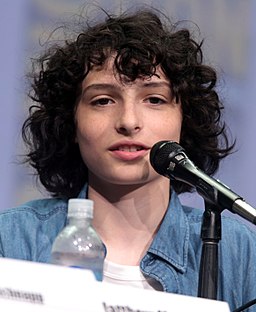 A newcomer to the Ghostbusters scene, but not to sci-fi and ghostiness, will be Stranger Things actor Finn Wolfhard. You may know Finn has Mike Wheeler from Stranger Things. You might also know him from his role as Richie Tozier in Stephen King’s It, the 2017 version of course, seeing as how Wolfhard wasn’t even a glimmer in someone’s eye back in 1990 when the original It came out in theaters.

There is one other known young talent who will be making a prominent appearance in the upcoming movie. Jason Reitman, the film’s director, plans on the movie including a 12-year-old girl character who will be played by McKenna Grace. Now, I know McKenna from the Netflix series Fuller House because she’s the “girlfriend” to Max, one of DJ Tanner’s children. She’s adorbs, especially when she dressed up like Madonna during an 80’s themed party on the show.

Young talent aside, I’m thrilled to see several members of the original 1984 cast. Bill Murray, Dan Aykroyd, and Sigourney Weaver will be in the new movie (they were all in the 2016 female-drive flick as well). The original ECTO-1 car will be returning, too. However, I do not think it makes sense to call this movie a reunion because the story will be an 80s follow up that takes place in present day. But it really sounds like it will emphasize the new stars and not Peter Venkman, Ray Stantz, and Dana Barrett.

All-in-all, I’m psyched. I will definitely be heading out to see this movie in the theater with a big tub of popcorn. Which is totally a big deal because I usually pre-order on Google Play, and then wait to watch it at home. Though the big tub of popcorn exists in both of those scenarios. I am a fan of delicious flavor, after all.

Ghostbusters 3 is expected to hit theaters in July 2020.