When HBO airs a TV show with a cast that includes Reese Witherspoon, Nicole Kidman, Shailene Woodley, Laura Dern, and Zoë Kravitz, you’re going to hear about it, and we are hearing about “Big Little Lies,” like, a lot. After the first season earned the show eight Emmy awards AND a Golden Globe award for ‘Best Limited Series,’ it was talked about even more. When season two picked up again this month adding another incredibly strong actress, Meryl Streep, well, it then became an uncontested water cooler discussion topic. 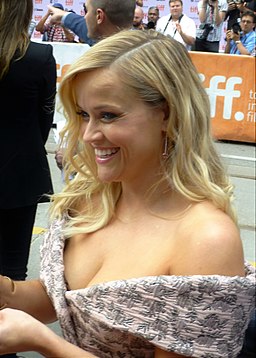 From paper to screen

For those of you unfamiliar with the show, it is based on a bestselling murder mystery written by author Liane Moriarty back in 2014. Reese Witherspoon, along with producer David Kelley, have remained relatively true to the book as they have brought it to life. As Moriarty did in the book, the producers and writers of the show invite viewers to peek into the lives of a group of people all connected to one specific event. This book takes the notion of “mean girls” to a whole new adult level of mama wolves circling each other in life, while being sugary sweet online. Some differences from paper to live screen are that it is not filmed in Australia (where the book takes place) and the Avenue Q affair storyline between Madeline and Joseph does not exist in the book. The book also better explains character back stories like Bonnie, for example, which make her actions throughout the series more relatable.

It’s all about the soundtrack

However, I’m not writing about the show, although one of our writers, Dave, recommended the show earlier this month in his post Commuter Watch Party. I’m writing about the music. I’m one of those people who is constantly making Google listen to a song while it is playing so it will tell me the name and singer/band. When I was an avid “One Tree Hill” watcher, I was always putting together playlists of the music I would hear in the show. I did the same thing when I would watch “Buffy the Vampire Slayer” with Sarah Michelle Gellar. So this morning when I saw that Apple released a “Big Little Lies” playlist, I nearly spit out my coffee. Then I was able to find a playlist on Spotify and Google Music, too! Truly, this was a moment where I felt completely validated, because I very much express my life and my feelings through the music I play. For those of you who know me, this characteristic of mine can be detrimental when I’m feeling sad and then listen to sad music. Why do people do that!?

(I just made up that word as I was thinking of random ramblings and tangents).

Susan Jacobs and Jean-Marc Vallée are music supervisor and director, respectively. Susan Jacobs receives music credits for over 140 productions according to IMDB. Others you might know include Silver Linings Playbook and American Hustle. The two have collaborated on many films, and they seem to have a knack for putting tracks together that not only fit the moods of the show but also the personalities of the different characters. With One Tree Hill and Buffy where I mostly heard up and coming artists trying to jump into mainstream, I’m hearing a diverse and wide range of music from the “Big Little Lies” series.

Clearly, we’re going to hear Zoë Kravitz because she is a leading character on the show and a singer. But “Big Little Lies” has music from across all genres and generations. You’ll hear soulful jazz, post-punk, rock, indie, r&b, instrumentals, and even some country. For starters, the music which plays during the opening credits is from Michael Kiwanuka. It’s called “Cold Little Heart,” seems fitting, right? And remember the aforementioned affair which isn’t in the book … well listen to this cover by Cigarettes After Sex. Perfect song choice for the moment when the affair comes to light.

This series soundtrack takes me back in time as I listen to Sinéad O’Connor cover Nirvana, both of which I listened to growing up during the 80s and 90s. The soundtrack extends back further in time with hits from Charles Bradley, Otis Reading, The Temptations, Neil Young, and the ever-amazing Diana Ross. Indie music fans will be thrilled to hear from the likes of Sufjan Stevens and The Villagers.

There is amazing instrumental piece from Agnes Obel (this track is used several times throughout the series) who I had not yet discovered, and now I’m obsessed.

So, even if you haven’t watched the show, please do pull up a playlist or create your own based on the episode soundtracks. I promise you that you’ll be enamored for at least a good hour, if not more, listening to a beautiful melting pot of music.

A Pod Has No Name: Words of Radiance Part VII

A Pod Has No Name: Words of Radiance Part V