The film stars an ensemble cast including Chris Pratt, Bryce Dallas Howard, Laura Dern, Jeff Goldblum, Sam Neill, BD Wong, Omar Sy, Isabella Sermon, Justice Smith, and Daniella Pineda reprising their roles from previous films in the franchise, and are joined by DeWanda Wise, Mamoudou Athie, Campbell Scott, Scott Haze, and Dichen Lachman. Dern, Goldblum, and Neill reprise their roles from the Jurassic Park trilogy, appearing together for the first time since the 1993 film. The film is set four years after the events of Fallen Kingdom, with dinosaurs now living alongside humans around the world.

There’s a part in the middle where the film sets up an idea for a dinosaur black market where they have them as these rare items that will fight and are like exotic meats. Then they escape and there’s this big fight that’s in the trailer that I honestly thought looked stupid. However, this was the most entertaining portion of the film. The dinosaurs are loose in the city and that stuff is really great and really exciting. This introduces this new pilot character who’s really really cool and could be the new character that these films use as their protagonist if they continue.

Additionally, this is probably the best the dinosaurs have looked since the first film. There’s a good mix of CGI and practical effects that’s shot very well. They are also designed very creatively so if the dinosaurs are the only reason to see this film, this will film will suffice. The dinosaurs are arguably the best part of the film especially when there are no humans around. One of the coolest scenes is when Blue is taking her kid hunting and this sequence is perhaps the most interesting nonaction sequence. 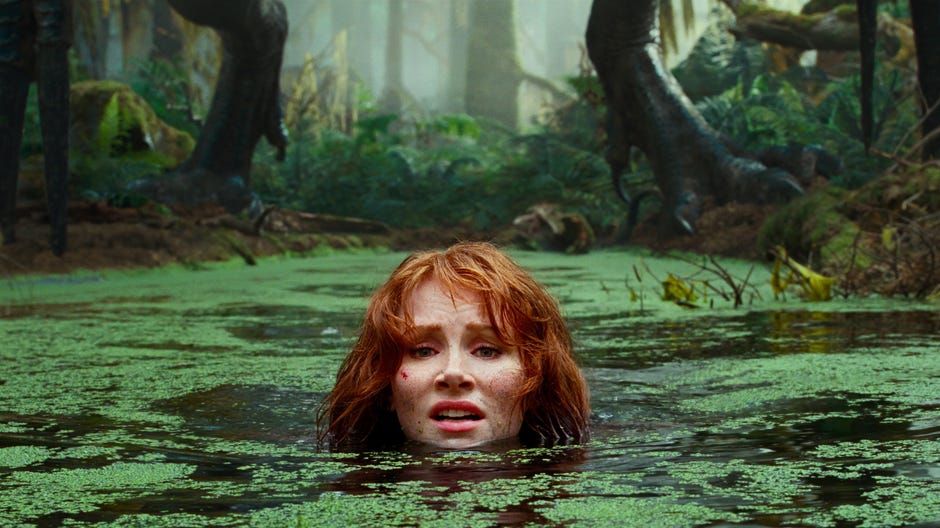 The biggest problem is that the story has very little to do with dinosaurs and the small part that does is the same story that has existed in the past. This film is simply bad though there are times where it dips back to “it’s good because it’s so bad.” Then it goes back to being bad when you realize that this was a serious attempt. The action still entertains well enough but there’s no sense of awe, terror, or thrills to be found unless one sees the film in 4DX but more on that later. The cliffhanger of the last film had the dinosaurs set loose and they are shown at zoos and going to places where people are like movie theatres. But no, this is not the main plot. Actually, in a very quick fashion, they are relatively under control and people feed them like birds. They again are not the main threat of this film.

The real threat that is going to destroy the world is a locust plague.

Yes they are big and they could hurt the environment but there’s no intrigue given this is supposed to be a film about dinosaurs. The pacing is also god awful as it opens fast and quick then slows down and then about halfway through the exciting black market sequence happens. After that though, it suddenly becomes really boring because the film spends the rest of the time on the island where there are three subplots going on that coincide at one point for reasons. Throughout all of this, the film jumps from places around the world with no sense of time.

All in all, the script devotes way too much time to its human characters from their motivations and histories to their feelings about each other. The acting is fine but their material is so poorly written and generic that one could switch lines of dialogue between characters and it would be the same thing. However, the actor is absolutely awful and that’s Scott who plays the villain of the film. This film really had to reach the bottom of the barrel for the guy who gave the antagonist of the first film shaving cream. Campbell is also trying to do an impression of Steve Jobs combined with Mark Zuckerberg and Elon Musk so a crazy genius who’s awkward around people. But his delivery is almost as if there are cue cards and he struggled reading it. 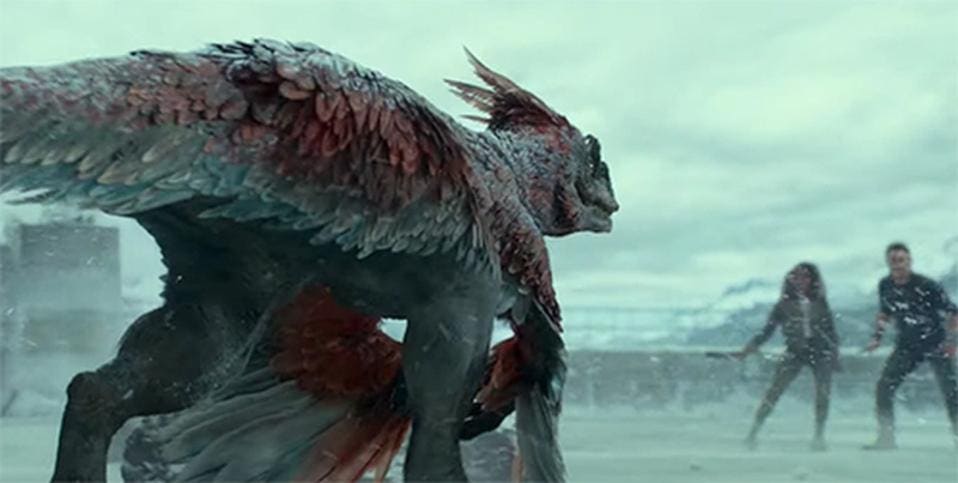 Honestly, the 4DX was fine and kept even the boring scenes entertaining. The smells and wind effects were good however that’s all. It was simply as good as any ride at Universal Studios so average for 4DX films. Nothing great but not bad either. It was simply there and nothing more. What made this experience worse, unfortunately, was the 3D effect which did nothing. It added some depth but that’s it. I hated wearing the glasses the entire time for only that. I have never been a fan of 3D but this was awful with little benefit. 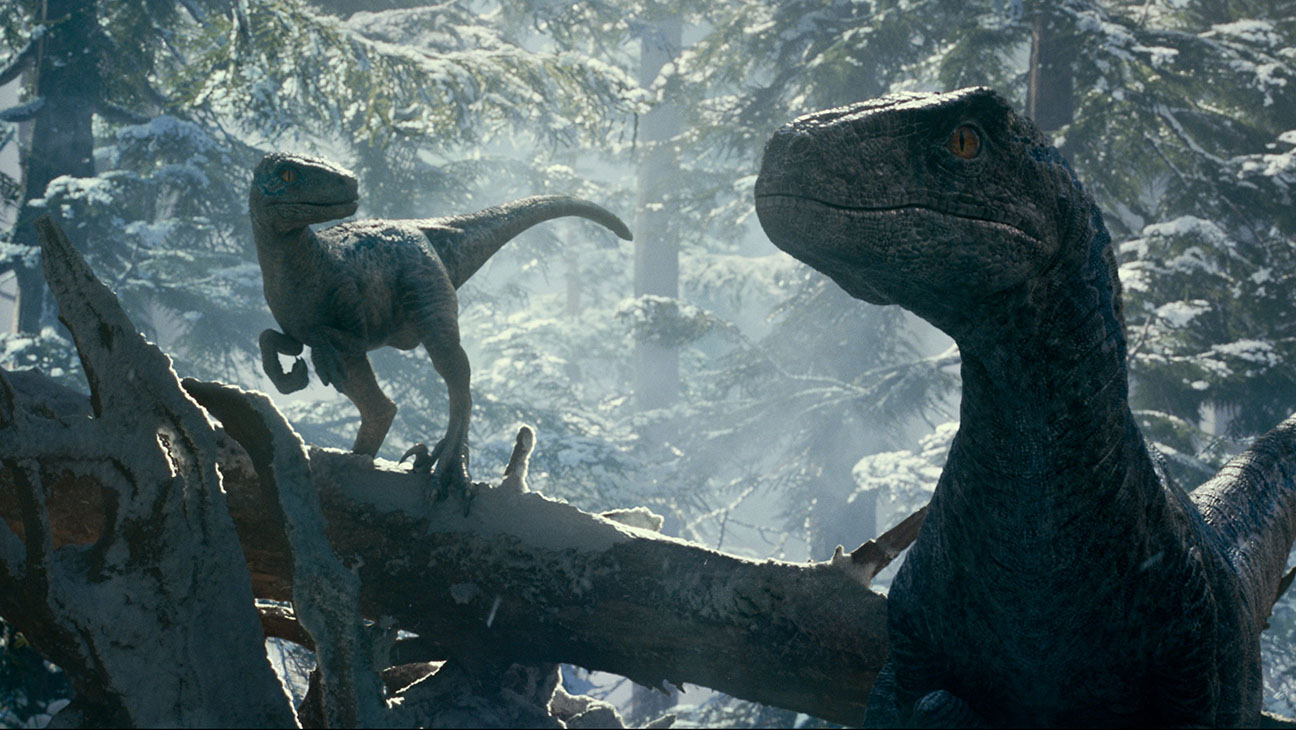 Honestly, it’s impressive that they have stuck to this formula for the five sequels and they seem to make money people keep going to see it. Unfortunately, this film plays the same relatively safe formula that is not really different from the other films. It’s the same thing where dinosaurs chase after people saying bad lines. If that is good enough entertainment for someone, fine, but it’s nothing new. It honestly has a lot of the same issues that “Jurassic Park III” had but with almost twice the runtime.

The film really struggles with its story, it’s ending, some of its details, and most of its direction. The theme is somewhat there but it’s nothing new. Ultimately, this film is a step down from the already mid-feeling of the previous two films. This film has resulted in a decent box-office return, but the future will still be talking about Spielberg’s original film, not the films that followed.

If you want the full analysis of the film and the franchise as a whole, check out the video below.